PAMI was founded as an inter-denominational ministry, and as such God has opened up many doors of opportunities for PAMI to build alliances with other Christian ministries in the Philippines.  Through these partnerships, God is multiplying his ministry to the local Filipino people. 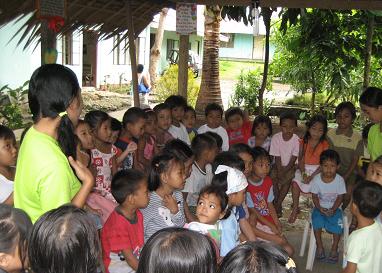 In 2009 Emmaus Bible Institute was approved as a site for Compassion International, a Christian organization that ministers holistically by providing sponsors for needy children in third-world countries.  100 children were initially selected to participate in the Compassion program at EBI. Now it’s up to 150 children.

When asked about the impact of this program, Sis. Espie, an EBI graduate, and the local site coordinator of the Compassion program, told about how many times they would go out into their neighborhoods, to share Christ with the residents.  So often, the answer from people was simply, “We’re poor” … as if they feel that because they are so poor, they can’t have anything to do with a church.

However, when the Compassion site started, EBI staff now had the means to meet physical needs of the people in addition to spiritual needs.  Compassion provides children with things like medical and dental care and school supplies, otherwise completely unaffordable for participating families.  Each Saturday, parents and children attend the Compassion program together.  Educational sessions include spiritual foundations, family guidance, hygiene, and tutoring. 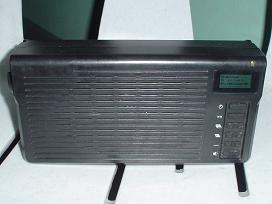 In early 2010 PAMI announced a new partnership with Faith Comes by Hearing, having been selected to participate in a pilot program called End-to-End (E2E).

In this program, FCBH provided PAMI with an “Acclaimer” portable video projection system.  The Acclaimer can be used to show evangelistic videos like the Jesus film.  PAMI has been conducting about one film showing per month since E2E began.

FCBH also provided several dozen “Proclaimers” (pictured at left), portable devices the size of a radio, containing a dramatized audio recording of the New Testament in the local language dialect.  At each location where a video is shown, follow-up Bible listening and discussion groups are conducted. After these groups meet weekly for awhile, some printed Bibles eventually get distributed to attendees. Some of these groups can eventually lead to formation of new house churches.  Read more … 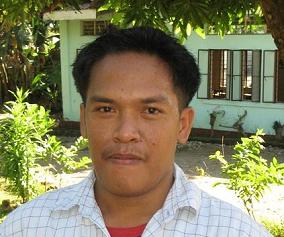 When PAMI was first founded back in 1982, it was named Philippine-Asian Missions, Inc, because it was envisioned that one day PAMI would send missionaries to other countries in Asia, sharing the Gospel with people of other cultures.

That original vision could start being fulfilled.  Ptr. James Arman Formanes (pictured at left), a graduate of EBI, went through the cross-cultural training program of Asian-Center for Missions.  Someday he may go to Mongolia, sharing Christ with a people who still have not heard the Good News.  Others from EBI have also gone through ACM training